Home›Blog ›How to use the portable dental film machine

How to use the portable dental film machine

“Excuse me, how does a portable dental film machine operate like a camera? How do you look after the film is taken? Or can the film be viewed directly on a monitor?” This is the purchase of our portable film machine. Questions from customers of dental film machines and sensors.
Today, I will give you a brief introduction to the use process of the portable dental film machine:
1. Turn on the power
2. Adjust the parameters according to the patient’s age, height, and tooth position.
3. Place the dental film
3.1 The patient sits upright with a stable head. Upper jaw film: head slightly lower, ear line parallel to the ground;. Mandibular film: head slightly upward, ear mouth line parallel to the ground;
3.2 Place the film photosensitive surface on the lingual and palate side of the tooth to be examined, and place it upright. The edge of the anterior film is higher than the incisal edge of 7MA1, and the edge of the posterior film is 10MM higher than the incisal edge; it makes the photos form obvious contrast and avoids the crown line or the root apex image beyond the film.
3.3 The film is attached to the crown of the tooth to be inspected in the mouth, but not parallel to the long axis. The placement of the tube (center line of the X film) needs to be inclined–the angle of the angle between the long axis of the tooth and the film vertical. Maxillary incisors: ball tube foot tilt 42*; canines 45°; bicuspids and first molars 30°; second and third molars 28%. Mandibular incisors: head tilt -15°; canines -18° to 20*; bicuspids and first molars -10°; second and third molars -5°. At the same time, the angle should be changed according to the depth of the palate and the floor of the mouth and keep it vertical to obtain an accurate image.
4. Exposure
5. Punching
If you are interested in our portable dental film machine, please send an email to: service@newheek.com. 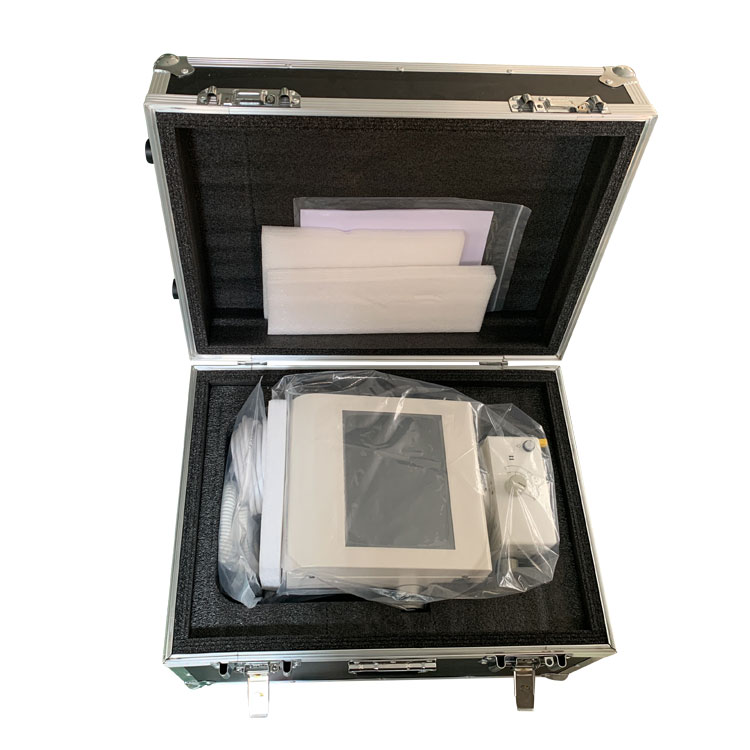