From 0:00 to 24:00 on May 13th, two new cases of local new coronary pneumonia were confirmed in Liaoning Province (one of which was converted from asymptomatic infections to confirmed cases), both of which were reported in Shenyang City and were all light cases. No new cases were cured.

A total of 21 cases of confirmed cases imported from abroad were reported in the province, and all were cured and discharged.

A total of 128 local confirmed cases were reported in the province, 123 were cured and discharged, 2 died and 3 were hospitalized.

A total of 69 cases of asymptomatic infections were reported in the province, 44 cases were released from isolation, and 25 cases were diagnosed (including 24 cases cured and 1 case treated in designated hospitals).

As of 24:00 on May 13, the province has reported 149 confirmed cases, 144 cured and discharged, 2 dead, and 3 hospitalized. A total of 3,861 close contacts of confirmed cases (including close contacts of imported cases) have been tracked, 3,596 of medical observations have been released, and 265 are still undergoing medical observations.
No. 3.2 Zhejiang KH A power company consulted X-ray machine for industrial inspection. The customer site is an 8-hour working system. It mainly produces sensor series, insulator series, bushing series, insulation parts, insulation tube and other accessories, because the power industry products are produced The requirements of the process are strict, so when the accessories are applied to the power industry, they must be strictly tested.
At present, most X-ray machines for industrial testing still choose the traditional X-ray machine, which means that a single product needs to be manually put into the X-ray machine room for testing. After the test is completed, the product is manually returned to the original place. Humans identify the performance of products through the test results of computers, and then classify them. As the current best-selling digital X-ray machine is shown below:

Although this X-ray machine can not realize the function of assembly line automation, but the cost performance is a very high product. After all, most customers are still acceptable in terms of price. However, for some large enterprises that pay more attention to work efficiency, some automated assembly line equipment may be considered. For such customers, we recommend mailing samples for free testing, and then come up with specific solutions. After all, there are various industrial products, and customer needs are also different. If you have any questions, please call us! 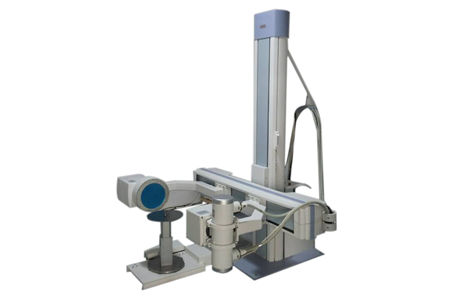